Each summer for over 15 years,, OWLA has been conducting water sampling around the Owasco Watershed. The data is used by various agencies to monitor overall water quality in Owasco Lake, as well as to spot possible issues in our watershed.

This program would not be possible without our volunteers and the support of the City of Auburn to test the samples each week. I want to personally Thank Dick Coalson for providing his time and leadership to keep this program active in recent years. Dick has provided this summary and we hope to post the actual data to the OWLA web site in the near future. If you would like further information on this years data or the program contact us at owlanews@gmail.com.

During 2008 water samples were collected from 28 sites by 20 volunteers around the lake from June 18th through August 27th. The sampling volunteers were assisted by James Soucy, an AmeriCorps volunteer, who picked up the samples around the lake each week as well as took the samples for the four City of Auburn sites. James transported the samples to the laboratory at the Auburn Sewage Treatment Plant and also did the actual testing of the samples for coliform and turbidity under Andy Roche’s supervision. The sampling volunteers also measured air and water temperatures and noted wind direction and relative strength. They recorded the sky condition, algae citings, and also reported any unusual observations during the week. All of the information was entered in a computer spreadsheet for later analysis. Rainfall data was provided by Anthony DeCaro from the Auburn Weather Monitoring Station at the Water Filter Plant on Swift Street. The daily data was converted into weekly totals and entered into the database after the sampling season was done.

The overall conclusion reached from an analysis of the data is that the bacterial water quality of Owasco Lake remains good. The summer of 2008 was another wet year which may be the reason that the fecal Coliform numbers are lower generally than previous years. The weed growth also was not as vigorous this year with the exception of the curly-leafed pond weed that peaked in the late spring displaying areas near the shore that looked brown in color. The Eurasian milfoil was not as prevalent this year as in past years. Algae were noted in a number of areas this year with the blue-green and brown predominating. Generally, if algae were seen at a particular site in June, they were present for the rest of the samplings. Water temperatures seemed to track the rainfall data with a 1 week shift frequently displayed. Even with all the rain recorded this year, the water temperature reached 28 degrees Centigrade on July 16th. Three sites reported that temperature on July 16th. The high temperatures seem to be at odds with the amount of rainfall but it was suggested that the rains came in short, heavy bursts
generally followed by clear, sunny periods.
Posted by Lakeman at 9:29 AM No comments:

Did you know that there is a set of laws specifically written to protect the Owasco Lake Watershed?

Section 1100 of the Public Health Law, section 104.1 of Part 104 of Title 10 (Health) of the Official Compilation of Codes, Rules and Regulations of the State of New York sets forth rules that outline the conditions and types of activities allowable within the watershed. The Owasco Watershed Rules and Regulations also set forth the conditions to be met by agricultural and business practices, including how such activities may be conducted, to ensure a pure and safe drinking water supply for Auburn and surrounding towns.

Under the Public Health Law, the City of Auburn is charged with conducting inspections and providing enforcement under these rules. Various other groups and agencies assist the city in this oversight, but the City of Auburn Watershed Inspector is resposnible for any specific citations written under this law. OWLA, Individual Towns , Cayuga County Health Dept., WQMA among many others , monitor activities in the watershed and report any potential problems to the Watershed Inspector for followup.

For more information, go to the following web-sites:

link to the official Owasco Lake Watershed Rules:
http://www.co.cayuga.ny.us/wqma/projects/watershedrules.pdf
Posted by Lakeman at 8:30 PM No comments:

There is a very interesting article in today's Syracuse Post-Standard detailing a proposed law in Cazenovia to ban fertizlizers with Phosphorus. Ten years ago there were not very many alternatives to phosphorus laden fertilizers. Today it is much different. Most home centers and hardware retailers carry Zero-phosphorus fertilizers. In Cayuga County, you can contact the Soil and Water Conservation District for a ZERO-phosphorous fertizlizer for your lawn. We encourage you to try them.

Cazenovia is one of the first CNY municipalities to consider an outright ban on Phosphorus based fertizlers. It will be interesting to watch what the community's response will be.

Phosphorus run off to Owasco Lake is documented as one of our biggest issues relating to water quality. What do you think about the proposal? Should we try it in the Owasco Lake Watershed?

Get out and enjoy the snow....
- Lakeman

Link to the proposed law:
http://townofcazenovia.org/content/Generic/View/26

Watershed Friendly Fertilizer
The Cayuga County Soil & Water Cons. District has available at a reduced price, a ZERO-phosphorous fertizlizer for your lawn. 50 lb. bags are only $10.00 The formulation will provide sustained color and hardiness while eliminating the potential negative effects that excess phosphourus has on water quality. A great way that you can help improve water quality in our watershed.
Contact the CC Soil & Water Cons. Dist.
at 315.252.4171 ext. 3 for more information.
Posted by Lakeman at 1:32 PM No comments:

We hope you all had a nice Christmas and Holiday season. I had a nice break from work and other obligations, with plenty of time to spend with fanily and friends.

The new year is here and we want to get off to a strong start. Our Next OWLA Board of Directors Meeting to kick off 2009, will be held on Wed. evening February 4th, 7pm at the Springside Inn. The meeting is open to the public, so come and see what we are all about.


(I'll post an agenda from Dr. Joe Wasileski later in the month)


REMINDER - No January Meeting! (Get out and enjoy the snow! - we are!)

Lakeman
Posted by Lakeman at 5:05 PM No comments:

Follow us by Email (get notified when something new is posted)

Also visit our web site at: 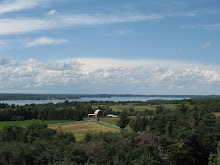 If you see water related issues or have questions about possible violations,

A new toll-free hotline to help ensure strict enforcement of environmental laws that protect the State's natural resources.
1-844-DEC-ECOS (1-844-332-3267).
The line is staffed 24/7 and connects callers to a DEC police dispatcher.

Note: Please notify us by e-mail if you notice any problems with this site, it's links or content.

On September 29th, Google updated the application software that supports this website/blog. In that update, a bug was introduced that disables ALL linking based sections of our site (and many others!). We are eagerly waiting for Google to correct this issue and restore our links. Thank you for your patience!
(Update as of 1/17/19 - still waiting for Google! LOL! )

Promote Your Page Too

2019 Recycling events:
Electronics Collection, TBD – at Cayuga/Onondaga BOCES from 9:00 am to 1:00 pm
Tire Recycling Event, TBD - at the Natural Resource Center from 8:30 am to Noon
Other 2019 events are still in the planning stages. Watch here or check the link below.
http://www.cayugaswcd.org/recycling-events.html

Water sampling on Owasco Lake has ended for the 2018 season. Thanks to all our volunteers and to the Watershed Inspection Team for their support. The program started in late June and continued until mid-September.
Past results at: TBD

The Cayuga County Soil & Water Cons. District has available at a reduced price, a ZERO-phosphorous fertizlizer for your lawn. 50 lb. bags are only $10.00 The formulation will provide sustained color and hardiness while eliminating the potential negative effects that excess phosphourus has on water quality. A great way that you can help improve water quality in our watershed.